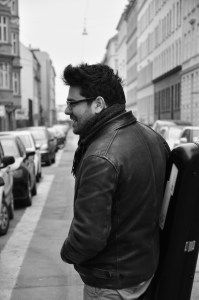 Gabor Bolla was born in 1988, Budapest.
At the age of ten he started playing the clarinet, at twelve he won first prize in the National Music Schools’ Competition in Hungary. He took up the saxophone in 2003, the same year he made it to the semi-finals of the World Saxophone Competition at the Montreux Jazz Festival.
In 2004 he received the Hans Koller Prize as the Talent of the Year in Austria and in 2005 the Bolla Quartet scooped both the Grand Prix and the Prix du Public at the Avignon Jazz Festival in France.
In 2006 he won the Hans Koller Prize – New York Stipendium.
He performed at numerous jazz festivals and clubs around the world and became one of Europe’s most important emerging jazz artist. Since 2014 he is based in Copenhagen.
He performed on stage with such jazz-greats and bands like Kirk Lightsey, Johnny Griffin, Jimmy Wormworth, Alvin Queen, Jeff „Tain” Watts, Gary Peacock, Robert Hurst, Gregory Hutchinson, Niels Lan Doky, Robert Lakatos, Kalman Olah, Hod O’Brian, Dave Young, Ira Coleman, Alex Riel, Jesper Lundgaard, Jojo Mayer, Dado Moroni, Stephane Belmondo, Don Menza, Vienna Art Orchestra, Modern Art Orchestra, Danish Radio Big Band and many more.
His style is deeply influenced by the giants of be-bop and hard-bop, although he is combining his influences from straight-ahead and modern jazz, hungarian gipsy music, and classical music, creating a fresh sound in jazz.

Gabor is a D’Addario Woodwinds Artist since 2016. For more info please visit:  www.woodwinds.daddario.com